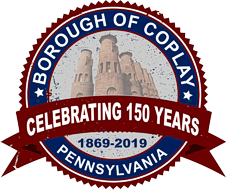 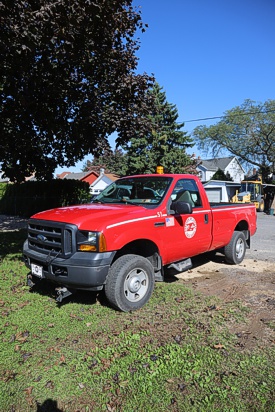 Department Overview
The department is responsible for the following:


Snow Removal
The Borough's dedicated plow operators work long hours during the winter. Snow is plowed to the curb and driveways do become blocked but this is a reality of plowing streets.

Borough employees go home after long hours of plowing and clear their driveways the same as everyone else.
Do not shovel, plow or blow snow into or across the street after the street is plowed.
Clear fire hydrants by your home.
Clear a path for children to get on the school bus.
Make hired contractors aware of the rules.
All snow contractors need a business license in the Borough.

SNOW REMOVAL- IT IS ILLEGAL TO BLOW OR SHOVEL SNOW ONTO A STREET AFTER IT HAS BEEN PLOWED!!!

Plows will push the snow from the center of the street to its sides. If snow continues to fall for twelve or more hours, the plows will be working to keep travel lanes open for emergency vehicles. Pushing the snow back to the curb will be done after the snow stops. Main Streets will be done first; secondary streets are next; alleys, last.

Please bear in mind that it is imperative that streets be plowed as wide as possible in order to facilitate plowing during subsequent storms. Therefore, snow will, depending on circumstances, end up on some sidewalks, especially during periods of heavy snow accumulation. Snow placed on your sidewalk is never intentional.

Wet or lumpy snow rolls off the plow quicker, even at slow speeds. When shoveling, it is only necessary to make a pathway of one to two feet in width in order to permit pedestrian access. Residents and businesses have twenty-four hours from the end of the storm to shovel their walks.

During heavy snowfalls, for your own protection, you are encouraged to clear hydrants in your general area.

Bus stops are generally placed at street intersections. Whenever possible, a property owner with a school bus stop adjacent to their property is encouraged to make a path so that children can safely board the bus.

Private Streets and Undedicated Roads
Snow removal from private streets is not the responsibility of the Borough. It is up to the Homeowners Association or other responsible entity to arrange for snow removal.

I shoveled my sidewalk and driveway and you plowed me in.  Why?
When cleaning your street, one half of the street is cleared to the curb in each direction. This creates the unavoidable problem of cleaned sidewalks and driveways being covered with snow. The best solution to avoid this situation is to wait until the streets have been cleared before cleaning driveways and sidewalks.

Please do not shovel snow from driveways into the roadway. Not only is this hazardous but it's also illegal and can result in a fine.

When is my street going to be plowed?
The streets are plowed in order of priority. Main roads are plowed first, secondary roads next, and then all development roads. Please be patient with the process; once the snow has ceased, it takes an average of  6-8 hours  to plow  and  two hours to salt  the Borough's roads.

Participation and Responsibility of Residents:
Downed branches and trees that are blocking roads will be cleared to the side of the road by Public Works. Those on private property are the responsibility of the resident.

In the event of a significant snow storm, all on-street parking in the Borough is prohibited. This restriction is in effect for a period of 72 hours after the storm.

Do not park in your driveway with your vehicle overhanging the curb.

When snow is plowed from the streets onto the ends of driveways, it is the responsibility of the residents to remove that snow from their driveways.

When snow is plowed from the streets into the areas around mailboxes, it is the responsibility of the residents to remove that snow, thereby allowing the U. S. Postal Service access.

If you believe that your street was missed during a snow clearing effort, call the department.

Whom can I call before I dig?
According to PA Act 287, anyone digging in the Commonwealth of Pennsylvania must contact Pennsylvania One Call at 8-1-1, before beginning excavation to avoid damaging underground utilities.